The Difference Between Anti-static Shielding Bag And Packaging Bag

There are many kinds of packaging bags. Many customers can distinguish the difference between anti-static shielding bags and aluminum-plated bags. Here, the manufacturer of Black Wafer Spacers summarizes several concise differences, I hope everyone can understand.

The aluminum-plated bag is coated with high-purity aluminum metal on the plastic film under vacuum. Because it is coated on plastic, the metal aluminum only serves as a decorative effect, which does not help much to improve the barrier property of the material. The printed aluminum-plated bag is one of the aluminum foil bags. The surface of the bag can be printed with LOGO patterns and characters according to customer requirements. The material structure is made of VMPET/CPE (fully coated aluminum film/polyethylene film). Good, strong pull, soft touch, the overall color is silver opaque, high brightness, built-in objects are not visible. Can also be made into a variety of styles: flat pocket, self-sealing (tight bag / zipper bag), envelope, envelope self-adhesive, connected, three-dimensional and so on.

The Anti-Static Shielding Bag is made of high temperature. The material structure APET/CPP (semi-aluminized film/polypropylene cast film) has good transparency, harder, feels better, and the tearing force is weaker. APET/CPE (semi-aluminized film/ Polyethylene film) has good heat sealability, good tearing, strong pulling force and soft hand feeling. The overall color is silver-gray translucent and the built-in material is visible. Very thin thickness, it is broken by hand with a gentle pressure, it seems that it is weak and windy, but when he combines with other plastics, the effect is great, its barrier property, heat preservation, fragrance shielding will have a great Improvement. 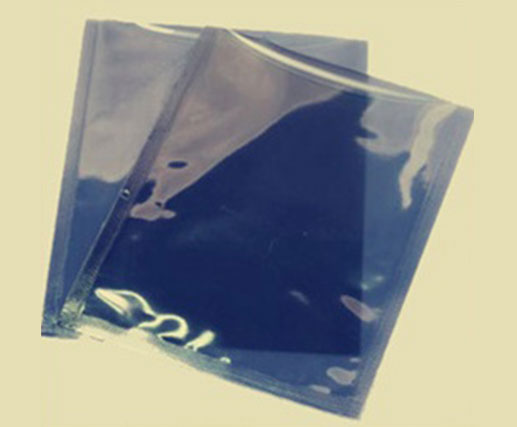 Distinguishable by the touch of the hand, the anti-static bag is thick and thick, hard and heavy, and the aluminum-plated bag is light and soft. Creases, the former will have obvious creases, but the latter will quickly bounce back. The difference between anti-static shielding bag and packaging bag and the principle of static electricity.

According to Coulomb's law, the force between two point charges is proportional to the product of their charge, and inversely proportional to the square of their distance. The direction of the force is on their line, we can cause it by the ion generator. With trillions of ions, the ionizer uses a high voltage to create a balanced mixed charged ion and uses a fan to help the ions drift onto or neutralize the object. Ionization neutralizes the static charge on the insulator in eight seconds, thus reducing their potential damage. By ionization, the combination is not a substitute for grounding or isolation, ionization only reduces the likelihood or risk of an electrostatic discharge accident. Neutralization is important because grounding and isolation will not release charge from insulators such as synthetic cloth or conventional plastics. The charge naturally generated during the process is neutralized or removed from the insulator and is called ionization. Ions are simple charged substances that are present in the air. Ions are produced by natural energy sources. They include sunlight, illumination, open flames and radiation.

Next: Carrier Tape Problems And Solutions