How does Static Electricity Occur?

Everyone knows friction electrification and few people know contact electrification. In fact, friction electrification is a process of contact and separation. When two different objects come into contact with each other, one object loses some charge, such as electrons are transferred to another object to make it positively charged, while the other body gets some remaining electrons and is negatively charged. If the charge is difficult to neutralize during the separation process, the charge will accumulate and the object will be electrostatically charged. Therefore, objects will be electrostatically charged when they are in contact with other objects. Usually, when a piece of plastic the film is peeled from an object, it is a typical "contact separation" electrification and the static electricity generated by undressing in daily life is also "contact separation" electrification.

The basic physical characteristics of static electricity are attraction or repulsion, and a potential difference between the earth and the discharge current. The impact of these three characteristics on electronic components is as follows: 1. Static adsorption of dust reduces the life of component insulation resistance. 2. Electrostatic discharge damages the components and makes them inoperable. 3. The thermal energy generated by the electric field or current of electrostatic discharge will damage the components. 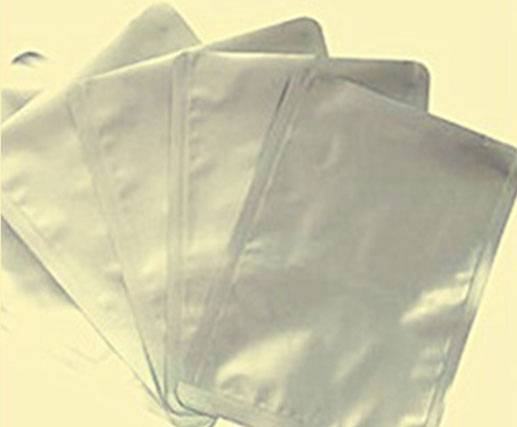 The anti-static packaging bag is made of plastic material with static conductivity. Anti-static Shielding Bag: This kind of material is composed of a base material, a coating layer, and a heat-seal layer. It is usually translucent. This bag has a low body and is widely used. The Anti-static Shielding Bag Supplier can also manufacture an anti-static packaging bag (China Anti-static Aluminum Foil Bag) which can prevent static electricity and shield electromagnetic dual functions. It is usually opaque. The price is higher than the previous one, and it can be used in places with electrostatic and electromagnetic protection.

Next: Advantages and Disadvantages Affecting the Development of the Carrier Tape Industry